Posted by Linda Hays-Gibbs at 9:58 PM No comments: 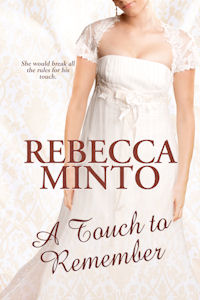 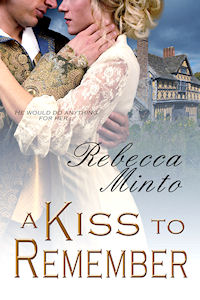 Posted by Linda Hays-Gibbs at 8:45 PM No comments:

Email ThisBlogThis!Share to TwitterShare to FacebookShare to Pinterest
Today we have a real treat with us best selling novelist Rebecca Minto so sit back have a cup of hot chocolate or cup of coffee and let's chill.

Tell us about your books.

My first novel, A Kiss To Remember, came about from a venture in sleeplessness and exhaustion. I wrote this several years ago when my son was an infant, and thus I was managing an hour here and an hour there between his frequent feedings. One night I had this vivid dream where I was following this pretty, young lady throughout this large house, and ending with her screams. It fascinated me, of course, because I had no idea why she screamed, so I began to write it down, and the next thing I knew I was writing a full story. The characters just came to life.

While I was writing and editing this first novel, I became fascinated with Annalise, one of the secondary characters. I knew I would have to explore her, and so I did, and the result is A Touch To Remember. In the end, she surprised even me.

Both of these books are set in Regency England. Why?

I'm not an author that is refined to only one era or subject matter. My first book was born of a dream, and the era was the Regency era. Since A Touch To Remember was born of that first book, it, too, is set in the Regency. It is a fascinating time on history to study. It was both the best and worst of times, at least in my opinion. You have the grandiose lifestyles of the titled and wealthy right beside the most horrid conditions for the poor and common-born man. You have a bit more freedom for your heroines in this era, but not quite as much as a contemporary story would have. You also have the threat and aftermath of war with Napoleon and all the politics and spies that go along with such days. It is a fun period to write in, but I also like fantasy and Medieval settings when I write.

Do you have a set formula for writing a book, or do you just fly by the seat of your pants?

The way I write is different for each story. I don't like to restrict myself when it comes to a storyline, but I do like to have a loose roadmap, so to speak. When I was writing A Touch To Remember, it was like I was caught in a fever. I forgot the world around me. I often forgot to eat or sleep, sometimes writing as much as 18-20 hours a day, until it was finished. A Kiss To Remember was different. Each word was carefully measured, each scene carefully concocted. The story I am working on now is more about detail right now, like the scent in the air before a blizzard hits, the texture and feel of a woolen plaid as it rubs against the neck, etc. It is slow going, but I hope to be happy with the end result.

Who inspired you the most to become an author?

Julie Garwood, hands down. For years she has been one of my favorite writers. At one time I could almost quote you any of her books, word-for-word verbatim. When I was about 19 I thought to myself that I wanted to be a Julie Garwood when I grow up. She has the ability to completely take you away from your world. In her older books I both laughed and wept out loud whenever I was reading one of her stories, and at the end I always felt so encouraged and hopeful. I wanted to make people feel that, too, to create a yarn that would have someone sad and discouraged daring to dream once more. To me, that is true magic. Over the years, other authors have inspired me, such as Nora Roberts and Christine Feehan and Karen Moning, but it was always Ms. Garwood that pushed me to hope and dream a bit more.

What are you working on now?

I'm working on a Christmas romance I've titled The Highland Star. It is a historical romance set in England and Scotland in the Middle Ages, which is a huge venture for me. I never thought I would write a Highlander story again. So far it is full of joy and a tenderness I thought I had lost. I have several projects sitting on the back burner right now.

Where can people find you online?

PLEASE COME OVER AN COMMENT ON MY INTERVIEW.
http://sallyfranklinchristie.com/wp/2012/12/welcome-back-to-writerly-wednesday-meet-linda-hays-gibbs/
Posted by Linda Hays-Gibbs at 10:03 AM No comments:

Email ThisBlogThis!Share to TwitterShare to FacebookShare to Pinterest
Here is my video for Angel in My Heart, Devil in My Soul
http://www.youtube.com/watch?v=oT4wX77Ms1M&sns=em
Posted by Linda Hays-Gibbs at 9:50 AM No comments:

Email ThisBlogThis!Share to TwitterShare to FacebookShare to Pinterest
Angel in My Heart, Devil in My Soul is sold at:

Email ThisBlogThis!Share to TwitterShare to FacebookShare to Pinterest
Please stop by Writerly Wednesday today for my interview and make a comment or read information about Linda Hays-Gibbs
http://sallyfranklinchristie.com/wp/2012/12/welcome-back-to-writerly-wednesday-meet-linda-hays-gibbs/
Posted by Linda Hays-Gibbs at 9:13 AM No comments:


When Rachael awoke, all rational thought blew away on the
light breeze from his breath, as his mouth descended on hers. The kiss started light but it turned into something else. Rachel recognized his need. She tasted it in his kiss, felt it in his arms that cradled her, wanted her and she wanted him...fiercely. No one could kiss with such tenderness, such consideration, such understanding and love, unless it came from the wellspring of their being. He must love her. It was crazy but she felt she knew him and belonged to him in a primeval sort of way. This was so right and the kiss so wonderful. Closing her eyes, she turned towards him, and his arms closed around her. He deepened the kiss even more, and his mouth gently pried hers open. It surprised and excited her, fueling the flaming flicker of desire within her instead of satisfying it. His tongue invaded her mouth, stroking and tasting. Surprised, her eyes popped open, and she pulled back. How could this be happening to her?
Desire was a drug, its addiction potent and it hung in the air
about them. He had stolen her breath, held her mind and senses
enthralled. His slow, achingly sweet exploration of her mouth left her emotionally and mentally reeling.
“What are you doing out here?”
“I could ask the same of you, my sweet. Why are you running
away? How do you think you can make it on your own?” His face, harsh even in the moonlight, caused her heart to race.
“I do not know but I am determined to try. Get out of my way.
I really need to go.” John reached around her with his arms and crushed her body to his. His mouth came down on hers and he kissed her long and hard, his arms like iron imprinting her softflesh with his body. Rachael held back for a minute and then her arms went aroundhim, clinging to him with all her strength. She kissed him back, her mouth pliant and hungry, luxuriating in the taste, the scent, and the feel of her body opening to him.

Posted by Linda Hays-Gibbs at 10:35 PM No comments: