Best Selling Author does it again a Sweet Regency Story 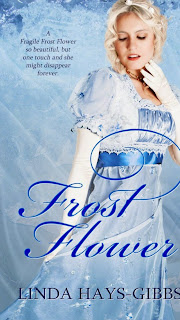 I thought we had come a long way in our race relations. People respected each other and cared for each other. I saw more love and friendships more mixed marriages and acceptance of children of these unions.
I remember the dark days and the changes. I saw people holding hands when they crossed that bridge in Selma with white hands as well as black. I felt the outrage when children were killed in a black church in Birmingham.
I lived it! I saw it all ! I witnessed it.
So why are people hating again? We elected a black President! Black and white together elected this black man. We cheered at this brave new world. Now we have new hatreds being stirred up. I've seen more people finding knits and picks to gripe about than ever before. Are we going backwards because of this?
What one deranged young boy did was horrible but that doesn't mean that we all feel that way. History is dead! Leave it buried. All we can do is learn from History. I'm sure that all German people didn't hate Hitler but most did! We can't condemn all German people forever because of Hitler. We can't condemn the French because of Napoleon.
It's starting to really get ugly in some areas and I question it. I question what Abraham Lincoln would think of all this after nearly 150 years? Of digging up Confederate soldiers or hating a symbolic flag that meant many things to many different people? I wonder if he would condone new hate, new hatreds or if it would make him sick to his stomach like it makes me. I know what Rev. Martin Luther King would say,

Make peace! Love each other and stop bringing up the past. We don't need to look back! We need to look forward and care about each other and our great country before we lose it. Forget the past pain. Digging it up is like digging up old wounds and causing new infections. We got past that and we need to go on to a higher level.
Posted by Linda Hays-Gibbs at 1:28 PM No comments: