Let us welcom Dina Rae and her Horror stories.  I am amazed at the Horrific tales that she
invents.  I love all her stories.  Her "Halo of the Damned" and "The Last Degree" so here is her latest tale sit back and be prepared to be scared out of your wits. 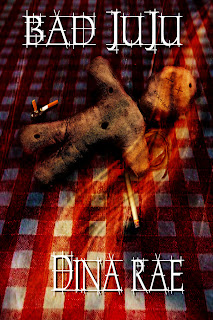 Do You Know Your Zombies?
With the so-called zombie apocalypse approaching, one must be educated about the different kinds of zombies before prepping for defense. First, there is the most common and believable-the human that turns into a zombie because of mental collapse, disease, infection, and/or radiation. They stagger around dazed and confused and cause panic to others. Then there is the man-made monster kind or the kind Hollywood and horror authors like me tend to capitalize on.
Zombie interest continues to fascinate the world. Jeffrey Dahmer drilled holes then poured acid down his victim’s heads in hopes of creating his own zombie. His madness didn’t work. Can man make his own zombie? Are these monsters real?
According to Wade Davis, author of The Serpent of the Rainbow, zombies are real. They are a product of the Voodoo religion. He was originally hired by a pharmaceutical company to find out about the drugs Voduists used in their death rituals. He believed that datura also known as zombie’s cucumber was a plant that could medically make one who ingested it appear to be dead for a certain length of time. Sounds like the stuff Juliet used to fake her death. Could Shakespeare known about the magical zombie-making plant?
Datura or sometimes Cimora, a close relative of Datura’s, eventually wears off but leaves the victim in a state of confusion, highly susceptible to the art of persuasion. Presto! A zombie slave is at the captor’s disposal. Mr. Davis didn’t just find his datura flower, but witnessed zombie phenomena as he immersed himself within the Haitian culture.
Bad Juju is a unique blend of horror, romance, and fantasy. Besides The Serpent and the Rainbow, I read volumes of other Voodoo material and watched hours of TV specials. Some of the terms I learned can be found below:
Bokor: A wizard who practices black magic, a zombie maker.
Loa: deity/spirit
Ghede Family: A family of loas known as the spirits of the dead. Three barons rule the family. Baron Samedi is the loa of resurrection. Baron Kriminel is the most feared loa associated with cannibalism and souls. He’s honored on The Day of the Dead. Baron LaCroix is the loa of the dead and sexuality.
Poppet: Voodoo doll
Ti-bon-ange: “little good angel” The part of the soul that represents a person’s individuality.
Gros-bon-ange: “great good angel” Part of the soul that is collected into a reservoir of the Cosmos or spirit world.
Baka: Voodoo spirits in animal form.
Loup Garou: werewolf
Djab: a devil
Dessounin: Death ritual that separates the gros-bon-ange from the body.
Bizango Society: Secret society of Vodouists. They have Freemason-like qualities such as aprons, secret handshakes, oaths, hierarchy, and symbols. Legend states they change into animals at will. They are known for stealing black cats and boiling them to death for Voodoo services. They drink each other’s blood from a human skull chalice.
Bad Juju is FREE ALL WEEK: 10/9-10/13 on Amazon!
LINK: http://www.amazon.com/Bad-Juju-ebook/dp/B0097L9FHW/ref=sr_1_13?ie=UTF8&qid=1347218825&sr=8-13&keywords=bad+juju
Dina Tosto/Dina Rae
dinatosto@sbcglobal.net
www.dinarae.co
www.dinaraeswritestuff.blogspot.com
Twitter: @haloofthedamned
Posted by Linda Hays-Gibbs at 2:34 PM